A Wide variety of laptop computers

At DCC, we have a wide variety of laptop computers  which includes tablets, standard computers, gaming computers as well as larger and more demanding professional machines and workstations.

We have both new and used computers that are available in different qualities (gold, silver, bronze, demo) and offer different programs as well, all with the original manufacturer's warranty. We offer a wide variety of notebooks from popular brands such as HP, Lenovo and others, and our resellers always find the latest technology at a lower price.

We also have a great selection for serious gamers who are looking for a gaming computer with a dedicated graphics card and a fast CPU.

Here you will find a variety of different machines that are suitable for both individuals and businesses. A standard laptop computer is suitable for users who do not require advanced features, but who prefer  quality and an affordable computer. This is a broad category, ranging from simple basic computers to more demanding business computers.

In this category are laptop computers that are particularly in demand by businesses because they typically have the Windows Pro operating system installed and can use a docking station. These are generally reliable computers for those whose primary work tool is the computer.

With a business notebook such as the Lenovo ThinkPad, X1 Carbon, HP EliteBook & ProBook provides a stable, rugged computer with proven technology.

At DCC, our workstations are tested and certified to easily run demanding applications such as advanced graphics, CAD, AUTODESK, Solidworks, Adobe programs or similar programs.

Ultrabooks as your preferred laptop computer

Ultrabooks are laptop computers that are characterized by their lightness, thinness and long battery life. They are ideal for users with high demands on mobility. Ultrabooks are available with or without touch screen and in several convertible models. A convertible computer gives you two products in one, as it is both a laptop and a tablet. You can turn the screen or remove it completely and use it as a tablet with one of these computers.

Chromebooks are laptop computers that work exclusively with Google's Chrome OS operating system. The idea behind a Chromebook is that the user is always connected. This means that instead of installing applications, you use web services and save your files eg. Google Drive. Therefore, these computers should be considered as clients and not as complete computers. The Chromebook is ideal for users and businesses that mainly use only web-based services and therefore do not need the same performance as traditional laptops. For example, many companies / educational schools use Chromebooks.

If you are unable to find a laptop computer that meets your needs, our certified technicians can adapt all Lenovo and HP models. This means that, as a dealer, you can replace, for example, the RAM, hard disk and keyboard - just as we can also install a new operating system. Whichever configuration you choose, you retain the original manufacturer's warranty

All Lenovo Thinkpad models at DCC are equipped with Lenovo Thinkshield technology as a standard feature.

This includes, among other things, security built into the BIOS and firmware so that the system itself can detect and remediate any threat at the same time the threat is expected to penetrate. Lenovo factories perform extensive quality control before components are put into the machines during their production to ensure that the components they receive are genuine and not peeled off after the manufacturer ships them.

PrivacyGuard allows users to easily disable and enable the privacy filter, eliminating the possibility for outsiders to see what the user is working on, which can be especially useful for those who travel extensively within their company and often use their laptops in airports, trains, buses and other locations, as well as for those who attend business meetings or use access points in coffee shops and other places.

When using foreign WiFi hotspots, it can be difficult for the IT manager to control what is happening, compared to the network that the company itself operates. Here, Thinkshield is also an interesting feature, with its Coronet technology, which analyzes the traffic on the network card, in order to detect any inappropriate access from other devices in the form of hacking.

At DCC you will also find a wide variety of 2-in-1 laptops, either in convertible versions (e.g. Lenovo Yoga models) or as tablets with a removable, integrated keyboard (such as the Microsoft Surface Pro tablet or Thinkpad x1) - these models always come with Touch, so it can be really useful in everyday life with intuitive navigation of websites, Word documents and more. 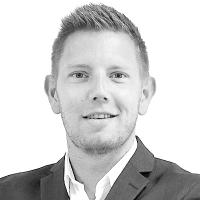